Margaret Atwood’s The Year of The Flood, more than anything, struck me with its worldbuilding. While solid worldbuilding is essential for any novel, I think it can be especially critical for literature set in dystopian or apocalyptic environments. Even though Atwood’s characters and their motivations might rightfully have center stage in the story she is creating, it is the immersive, abrasive world that she designs and sets them in that gives their story room to move and grow. A lot of apocalyptic stories are set in gritty, impoverished worlds; but Atwood adds a flair of terrifying realism and repugnance to her futuristic yet nauseating setting. If I had to describe the world that The Year of The Flood is set in with one word, it would be: disgusting. Every chapter seems saturated with broken needles, grimy capitalism, and shocking examples of violence and rape. The urban setting choking out everything else and the class disparity also add well to the setting. All this, coupled with the fact that this world is just close enough to our own to feel believable, perfectly sets the stage for Toby and Ren’s literal and emotional journeys. More than that, Atwood builds up this entire world to be destroyed, leading to a believable and practical post-apocalyptic setting. Most of what we see of this world is in flashbacks, and what we see in the “present” feels like the ultimate conclusion of what a world like this would lead to. The barren wasteland of junk and genetically altered uncanny valley creatures feels earned once we read about what the world was like before the flood. Atwood’s characters and the book’s themes certainly would not have struck home nearly as well if they had been in a less realized setting; but the care and detail that the world is built with really brings the story and the characters to life. 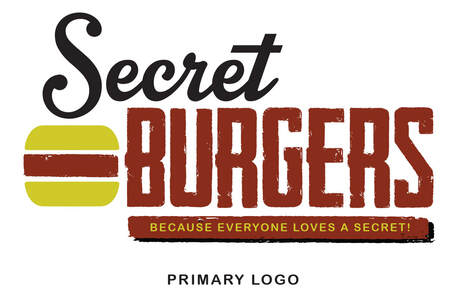 The antagonists in Louise Erdrich’s Future Home of the Living God are both easy to spot and difficult to define. Nature is one, if not the primary, antagonist—biology has reversed itself and humanity finds it more and more difficult to have normal children or children at all. A totalitarian government is another—people’s rights, especially women’s and mother’s, are stripped away throughout the novel, culminating into a nightmarish world of torture and forced impregnation. However, these antagonists are difficult to define because there seems to be much less evil and much more reaction without thought. Erdrich leaves it decidedly unclear exactly why nature is rebelling and biology has reversed. Climate change by humanity has clearly done its damage; the world is irrevocably changed by it—is the de-evolution some sort of cosmic punishment, or the natural conclusion of a world marred by climate change? No one in the novel has any explanation for what is really happening, but it feels much more like an unstoppable force of nature than a punishment, or even a consequence. Additionally, the government’s continual power grab is more desperate and reactionary than evil. The monitoring, arrest of pregnant women, and obsession with reproduction is much more of a backlash then a plan. Everything in the book feels reactionary. Nature finally snaps under the weight of humanity, resulting in a confusing mess of de-evolution. The government consolidates and, in an attempt to preserve humanity, spirals into dystopia. People just want to feel normal, so they turn a blind eye to everything around them and try to keep the status quo as the world ends. By the end, things have twisted into such a horrifying mess that the world is barely recognizable. Who is at fault? Who is to blame? The answer seems to be both no one and everyone. 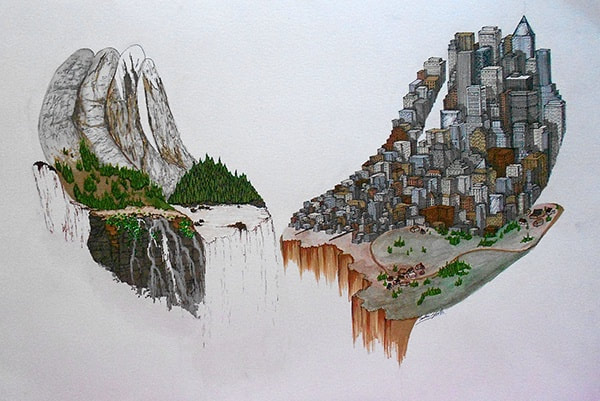 Blog 3 - Relationships at the End of the World

Station Eleven by Emily St. John Mandel is easily the most grounded, realistic apocalypse novel we have read so far; not to say the other books’ characters and themes were not grounded or realistic—just that Station Eleven, compared to our other reading, has a setting and a plot that could much more believably happen today. Because of this, it feels natural to draw comparisons between Station Eleven and the current covid-19 pandemic; reading the book in today’s setting invites you to reflect on the nature of pandemics and human relationships in times of struggle. More than anything, the book struck me with its themes of human relationships—the way characters bounced off of and interacted with each other in strange, unpredictable ways across time. Relationships between characters are messy and complicated. In the age of covid-19, it seems to be growing more and more clear that the pandemic has not only fundamentally changed human relationships and the ways we interact with each other, but that these changes may be permanent. Of course, in the book, technology had become decrepit and nostalgic, nothing but trinkets to collect; but here, today, covid-19 has accelerated our use of technology for interpersonal interactions. Work, leisure, school—the pandemic has changed practically every human interaction we have on a daily basis. Is this shift in human relationships a necessary consequence of pandemics? Do events like these fundamentally alter how we interact with and see each other, regardless of scale? Covid-19 may not be the world-ending plague in Station Eleven, but it neither was the AIDS epidemic, which also left an indelible footprint on society. While covid-19 may be winding down, we are still in the beginning stages of the changes that it has and will bring on our society. What will be different in twenty years? How will the world be different because of covid-19? Probably not the apocalypse we see in Station Eleven, but maybe just as different from that world as it will be from the world we know. 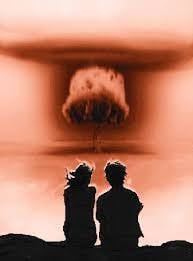 More than anything, American War by Omar El Akkad compels with its focus on characters. This may seem self-apparent; most good stories focus on characters. However, Akkad’s characters live and breathe, they fill the pages and act on character, rather than story development. The characters and relationship that struck me most was that of Sarat and Benjamin—their relationship matures along with Benjamin, shifting entirely after he, as a grown man, finds Sarat’s diaries and learns the truth about her. There are many different themes in American War, but one theme that seems recurring across so many important relationships is the souring of those relationships; enmity stemming from love. This, more than anything else, made the characters in the novel come alive for me. The portrayal of their relationships as messy and ugly, without the necessity for satisfying resolution reflects a side of life that many novels fail to illustrate. Benjamin, as a man, comes to understand Sarat as well as anyone ever could. He empathizes with her, he seems to still have love and admiration for her, yet he is honest about her failures and her cowardice and understands the horror of what she has done. In his final “interaction” with Sarat he burns her diaries to hurt her, effectively denying her place in history and erasing any legacy, good or bad, she could have had. The conclusion to Sarat’s arc seemed surprising on first read, but after reflection of her character it struck me with a sort of inevitability; hers was never a redemption story. The choice to frame the novel in the narration of Benjamin is also an interesting one, to me it seemed to highlight the dynamic between Benjamin and Sarat, showing their similarities and ultimately making her final choice and his rejection of her that much more painful. 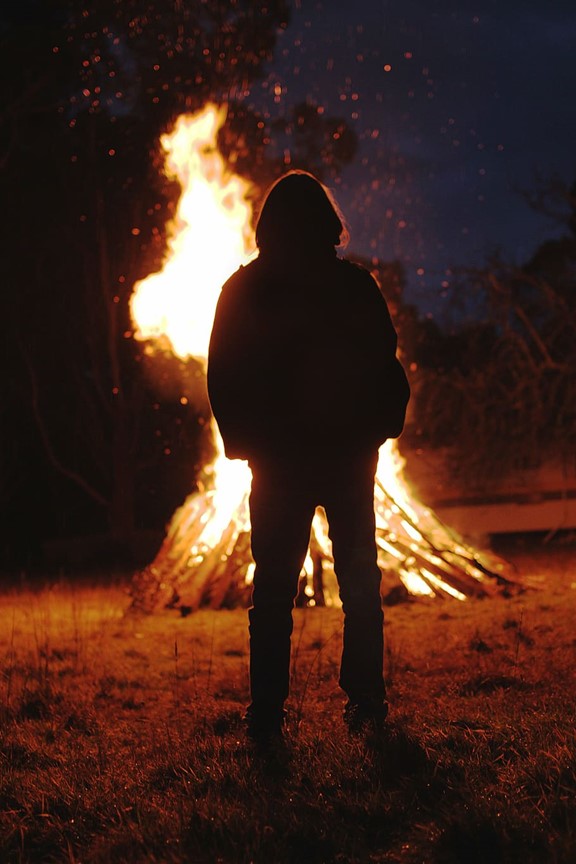 Zone One by Colson Whitehead was published in late 2011, around the same time as The Walking Dead season 2 and the beginnings of zombie fiction saturating American media. Back then, zombies were just picking up popularity, and writers and authors were finding original, creative ways to frame stories within zombie apocalypse worlds; today, the genre has been fairly played out. Because of this, a reading of Zone One today vs. a reading in 2011 will necessarily be different, and to better understand the novel, the reader should put. Zone One, at its core, is more about the real character, the real world, and real problems than it is a zombie novel. Whitehead uses the setting to frame a “new normal” and explore how people change, and what stays the same. Mark Spitz, the focus of the book, is a messy, complicated protagonist – he is a combination of the stereotypical, mediocre “everyman” and the violent antihero. The novel follows a few days in his life, including flashbacks, until his implied death at the hands of a zombie hoard. Mark Spitz and his fellow “sweepers” bounce off of each other in creative, thought-provoking ways; this combined with Whitehead’s compelling narrative invite the reader to reflect more on the real world than some zombie setting. Themes like race, class, bureaucracy, and the idea of “normalcy” are explored, with surprising insights offered. The book’s ending feels at the same time unsatisfactory, inevitable, and necessary – Mark Spitz reflects on human nature and the mundane cycle of life, whether in a zombie apocalypse or not, then wades into a crowd of zombies to seemingly die unceremoniously. Whitehead’s focus on exploration of these themes, rather than a satisfying but hollow story, is what ultimately gives Zone One life and sets it apart from other zombie stories from that era. 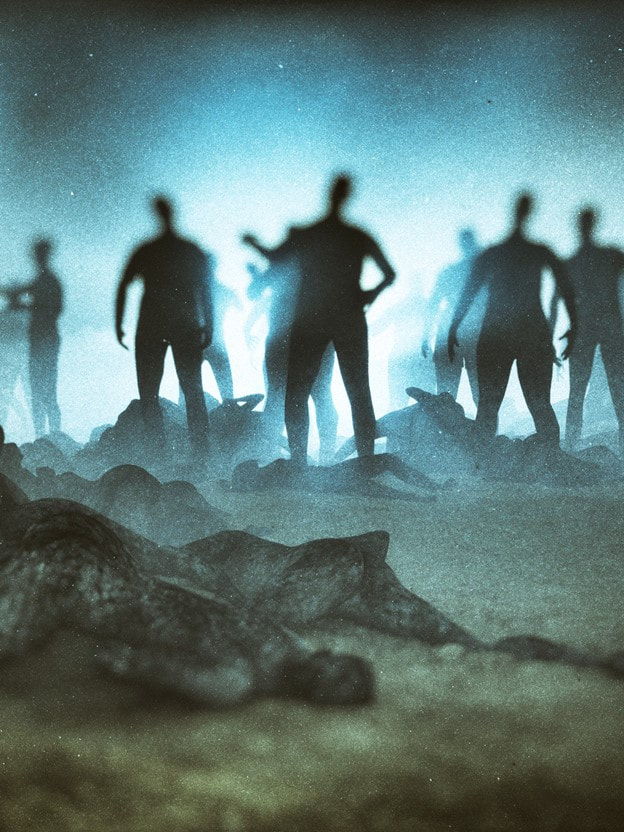 The Gone World by Tom Sweterlitsch is a confusing, beautiful mess. To be clear, it is not sloppy or disordered book; but a swirling, complicated story with highly structured, real-world science-based rules one that leaves the reader thinking for a lot longer than it takes to read from cover to cover. It is an apocalypse story, a science fiction story, a mystery, a thriller, and an examination of the human condition all rolled into one. The main character, Shannon, starts investigating a murder in 1997 that quickly unravels into a universe-defining plot. Of everything that this book does well, which is a lot, one of the things it does that leaves the reader with a lasting impression is its use of the concept of Inadmissible Future Trajectories, IFTs, to explore philosophical questions about consciousness and reality. These IFTs are entire universes of possibility created when a person jumps forward in time, sustained only by their presence. As soon as they leave, that universe ceases to exist. However, these universes, while clearly tied to the individual and consciousness, have real-world effects. People can be brought back from IFTs to Earth’s main timeline, “Terra Firma,” entire stories and lives can be lived out inside of them before anyone realizes it, and a terrible, confusing apocalypse that keeps getting closer can arise from the mishandling of this bend in time. The reader discovers at the end that most of the book took place in and IFT, and soon after Shannon as we know her ceases to exist as her entire universe is wiped out. With so much of this book tied up in real-world physics, what does it all mean? Were all of Shannon’s struggles and the entire story for nothing? Did they even stop the apocalypse? The “real” universe that we are introduced to at the end certainly has a sliver of hope, and also a possibility for more struggle. There are so many consequences to Shannon’s actions throughout the book; it seems that practically everything she does has world-altering effects, even if that world is wiped clean. Maybe the takeaway from this book is to take consequences seriously, even if they don’t seem that important at first. 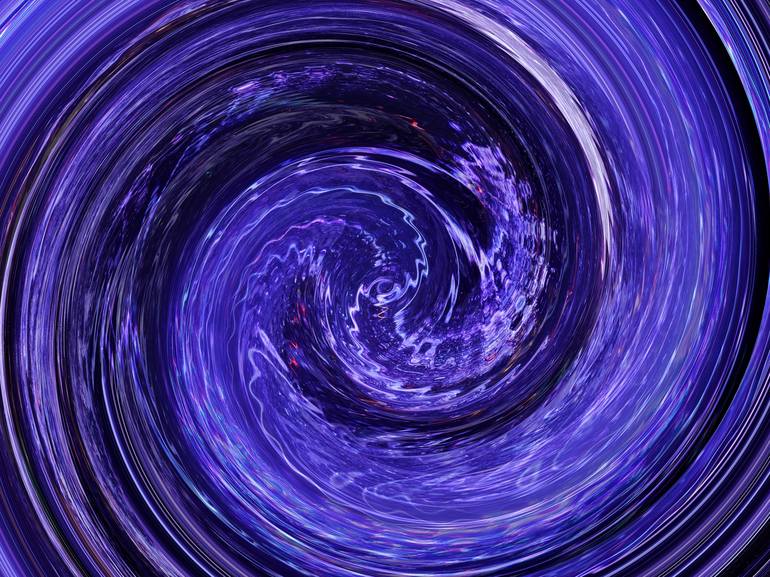